THE FILMMAKER Werner Herzog famously said, “Filmmaking is athletic, not aesthetic.” Anup Kurian likes to quote the line as he runs around Mumbai in the final weeks before his new film’s release. His second feature The Blueberry Hunt is a sorta-action thriller that offers Naseeruddin Shah in a central hero role after a long time. Shah plays the ‘Colonel’, a recluse who lives in an estate near the forests of Vagamon in Kerala with his German shepherd. The trigger-happy colonel dreams of becoming rich and grows a potent marijuana strain called blueberry skunk, and the movie revolves around the days leading upto his harvest and buyer-seller problems. 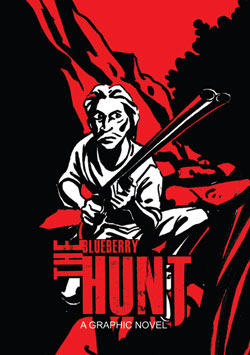 Kurian previously made Mansarovar in 2004, which had a marketing budget of Rs 2.5 lakh. It won him several awards, including the Aravindan Puraskaram for Best Debut Director, was selected to more than 30 international film festivals and the Smithsonian Institute screened it as one of six notable films from Kerala in the past 50 years. Despite all this and some stray housefull shows, it was mostly ignored in India. Kurian is adamant his second film won’t suffer the same fate. He says he made Hunt for around Rs 2 crore and recently roped in a production partner to pitch 1 crore to market it for a respectable 200-screen release nationwide (the biggest Bollywood films spend around Rs 4-5 crore on marketing for 800-1,000 screens). Kurian says he’d have shelvedHunt at each stage if he hadn’t got Shah or the marketing tie-up.

Shot in a mix of English and Hindi with some sprinkles of Tamil, Marathi and Malayalam, Hunt is also being converted into a graphic novel by the illustrator Baburajan Muliyankeezhil and the film’s production designer Shibu Prabhakaran, to be released right after the film. Baburajan attended the shoot on location for three days where Kurian showed him around and explained the scenes, but has only seen an early trailer, not the film itself. Kurian confers with him so that the book doesn’t veer from the film script.

Kurian, 38, cuts a sunny figure among the harried lot of Indian auteurs and isn’t looking to stake credit just from being independent or artistic or alternative or progressive or small-budget. Repeatedly, he asks to be judged by his product, not his process. When asked, he outlines the strategies for his second outing: use a lean and trusty crew from past projects, some of whom will work on profit-sharing. Write a character-based script and snag a star actor. Shoot quickly in one schedule of about a month on your family estate. Get a cousin to design the website. Get a partner producer to pump a competitive marketing budget. Plan an aggressive online campaign. “The funny thing is,” says Kurian, “this movie just cannot make a loss. Unless a major disaster happens in the release week, the producer share of first-week collection on 200 screens will cover our principal. And with Rs 1 crore on marketing, the film will get a decent price on satellite [rights].” He isn’t sendingHunt to any film festivals before its release since he doesn’t want an ‘indie’ label stuck on it. 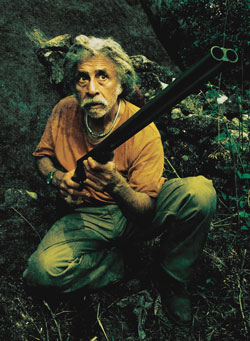 Kurian’s father is a senior investigative journalist in Kerala and Kurian is still known back home in Kottayam as his father’s son. After a bachelor’s in chemistry and a ‘sensible’ post-grad in computer science, he enrolled in FTII’s inaugural production programme on a government scholarship. In Kottayam, he used to work as a wedding photographer to earn money for college, and he’s continued this moonlighting streak to fund his work. After FTII he’s done several stints jobbing in the US on lucrative software programming assignments — all with the goal of making movies. “I would have done rocket assembly if it paid me $80-100 per hour,” he says. After releasing Mansarovar, he found his casual application for Canadian citizenship somehow approved, so off he went to Toronto, where he got a job delivering cakes for a small firm. He’d drive from restaurant to restaurant half the week and spend the rest of his time reading in the excellent public libraries. After eight months, he was ready again for the pressure cooker environment of American software.

As the entry barriers to Indian filmmaking crumble, Kurian is enthusiastic about mushrooming guerilla projects (and careful to note that they won’t necessarily be any good, pointing to the explosion of mediocre Indian writing in English). He scoffs at the notion that multiplexes provide only a niche audience, pointing out how they’re proliferating even in small towns. “See, what is an urban audience? Tiruchirapalli is a small town — it has multiplexes. Kottayam will have a couple in the next three months. Take Maharashtra — there are multiplexes in Latur. What’s smaller than Latur? Hunt will show there. All these classifications are no longer relevant.”

WHILE THE traditional marketing waits in the wings, Kurian is focussed on a meticulous virtual campaign to generate word of mouth. He’s refused to print any posters for the film; instead, there are 15-second YouTube ads with frames from both film and book. He says he mulled promotional possibilities on Facebook for three months before diving in — apart from traditional uploads like film stills and songs, he daily offers a page from the graphic novel (he’ll stop before the last 20 pages with the climax). He’s also targeted Facebook sidebar ads only for those cities where the movie will be screened. He can also filtrate further to show his ads only to friends of those who’ve ‘Liked’ the film’s Facebook page. “The in-depth reporting Google Adwords gives me,” he points to another resource, “was probably available only to chiefs of advertising agencies 15 years ago. Now every Tom, Dick and Anup can get it!” he laughs. “Where else will you get such control over your money? Advertising’s classic idiom is that half your money is wasted — you just don’t know which half!”

Filmmaking might now be as corporatised as any other industry but it still finally depends on the arm-waving of incurable optimists who somehow convince everyone else to swing off the bars with them. “We are at a stage where this is the best time to make a film and get it out,” says Kurian. “We have so much control now. And in a competitive field, that is our advantage.”